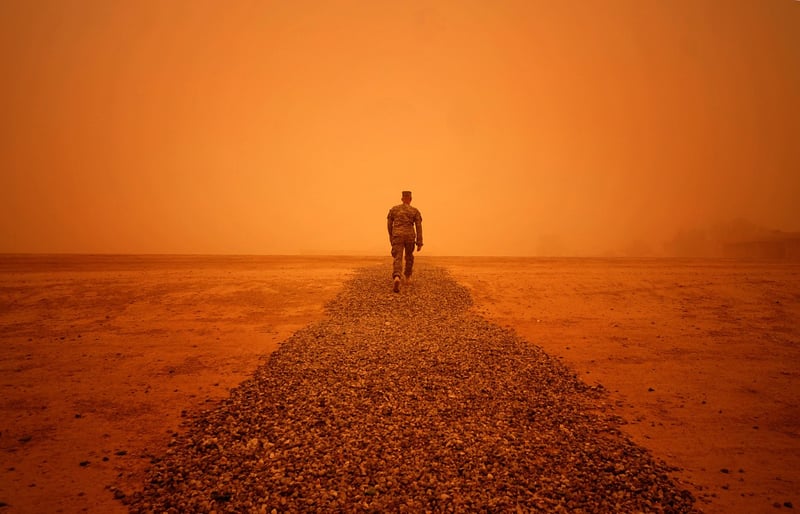 Vetrepreneurs do things differently. They apply lessons from military service to business. They unflinchingly handle risk. They rely on a tight-knit network of their fellow veterans for support and encouragement. And they understand perseverance like no other group of individuals in the country. 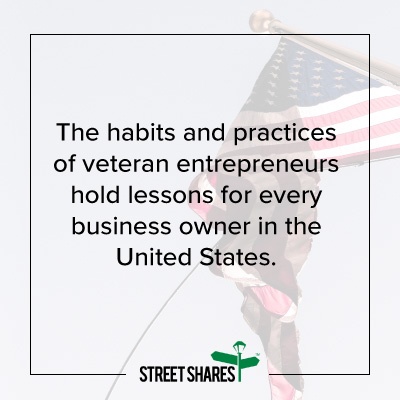 The habits and practices of veteran entrepreneurs hold lessons for every business owner in the United States.

I interact with these incredible entrepreneurs and business owners every day. My company, StreetShares, has funded more than 300 veteran-owned small businesses since we launched two years ago.

Financing veteran-owned businesses has become my mission. I served as an officer in the Air Force for nine years and returned from Iraq in the summer of 2008—just as the financial crisis was beginning. My generation of veterans would transition out of military service in the wake of the financial crisis. Unlike prior generations, capital would not be available to us. I spent a couple years at a Wall Street law firm and gained a solid understanding of capital markets. Then, in 2013, I partnered with a very talented and experienced banking executive named Mickey Konson—also a fellow veteran—to form StreetShares.com.

We had a vision for an alternative small business funding platform that would make lending safer by harnessing the social trust that exists within groups of tight-knit individuals, such as veterans. We believed we could optimize the interaction between borrowers and investors in a social-lending model in order to achieve maximum risk reduction on a loan. Lower risk would mean a lower interest rates for borrowers and safer returns for investors. Using this method, veteran-owned small businesses obtain loans at 2-4% lower interest rates. We called our invention “affinity-based lending.”

We were a true startup. We spent the first nine months operating out of the basement in my house outside of Washington, D.C.. We had a skeleton crew of interns and paid all the start-up costs out of our own pockets.

To launch and grow StreetShares, we relied on four key lessons we learned in the military:

We hired several military veterans, and we applied elements of military culture to our startup.

We have empirical support now that our veterans-funding-veterans model reduces risks. We won a major award from Harvard Business School for the concept, won other awards for our team and culture and we have raised three rounds of equity capital and more than $200 million in lending capital. In short, we have a successful, growing startup built on lessons we learned in the military.

Most importantly, we relied on the military community to make it work. Just as military members on foreign battlefields rely on each other, so too do veteran entrepreneurs. We have partnered with more than 30 veterans organizations to help us reach our customers. These organizations encourage and train veterans in entrepreneurship and business ownership. In two short years, we have amassed a large network of over 16,000 military business owners, entrepreneurs, military spouses and investors in the rapidly-growing StreetShares community. As a result of these relationships, we have found ourselves in the center of the veterans’ entrepreneurship movement in the United States.

This story was originally written for Forbes readers and this column is devoted to entrepreneurship and business ownership by military veterans. We will explore how vetrepreneurs apply military thinking to their businesses. We will look at the most interesting veteran-run startups and businesses in America. We will look at the entrepreneurial ecosystem they have created for themselves. Most importantly, we will identify lessons that we all can apply to our businesses—veterans and non-veterans alike.