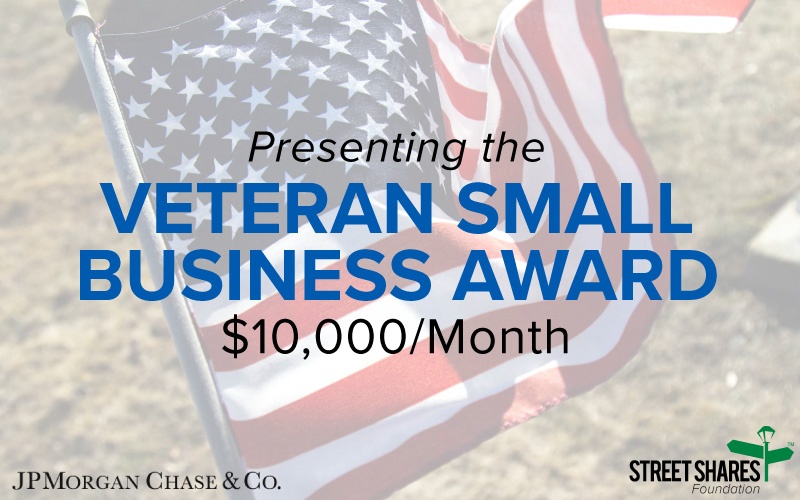 Veteran businesses have become the backbone of the United States economy since World War II. Veterans have a wealth of knowledge and experience to create opportunities for themselves in entrepreneurship. They have the leadership skills, the hard work ethic and ability to think strategically among other skills. Veterans have opened businesses such as government contracting, suppliers, restaurant franchises, retail shops and more. How do we continue to support these veteran-owned businesses to be successful?

StreetShares announces the formation of the StreetShares Foundation just before Veterans Day 2016. “The goal of the Foundation is to provide a new generation of veteran small business owners with the support they need to thrive,” said Mark L. Rockefeller, CEO/Co-Founder of StreetShares and an Iraq War Veteran.

The mission of the StreetShares Foundation is to inspire, educate and support veteran small business owners. The Foundation has partnered with JPMorgan Chase to provide up to $10,000 each month in Veteran Small Business Awards.

The Past and the Present for Previous Winners

“The most important impact the award had on me was directly due to the feeling that someone actually believed in me and my ability to grow my company into something that will create jobs and opportunities for veterans, military spouses and moms in general,” said Angela Cody, Owner of Major Mom and USAF Veteran. 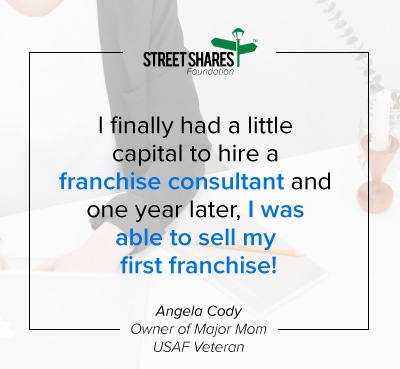 After 18 years in the Air Force and two children, Angela created Major Mom to help families organize their lives and create systems to help with daily living. Her experience in order management in the Air Force combined with being a full-time mother inspired her to help others learn skills in organization and time management.

“Something changed in me the day I received the $5,000 award from StreetShares,” said Angela. “I finally had a little capital to hire a franchise consultant and one year later, I was able to sell my first franchise!”

Later on in 2015, Angela and her company, Major Mom, appeared on the hit TV show, Shark Tank. “The $5,000 from the StreetShares award boosted my confidence and became the wind under my wings as I began to raise more capital,” she said.

About the Veteran Small Business Awards from the StreetShares Foundation

Equipping veterans with materials to help them become better business owners is one of the main goals of the Foundation. This is why applicants must, at least, download our featured eBook, “The Ultimate Guide for Veteran-owned Small Businesses.”

To apply, veteran business owners must write a summary of their business and create an original video telling the Foundation what they plan to use the award for and why we should choose them. Judging criteria is based on their business idea, what customer need they are filling, their team and company history, how they plan to use the award and the influence of the business on the military and veteran community.

Award applications and complete details can be found on the foundation’s website at StreetShares.com/Foundation. The deadline this month for applications is November 27.

Depending on the amount of applicants, the Foundation will choose five to 10 finalists. One unique feature of the new Veteran Small Business Award program is the focus on public participation. The public will vote for their favorite veteran business on the StreetShares Foundation website. This month, finalists have until December 11 to gather votes. StreetShares Foundation encourages everyone who support veterans and entrepreneurship to participate. The winner will be announced on December 12.