By Shauna Vo Pulayya, Director of Content Marketing on March 22, 2017 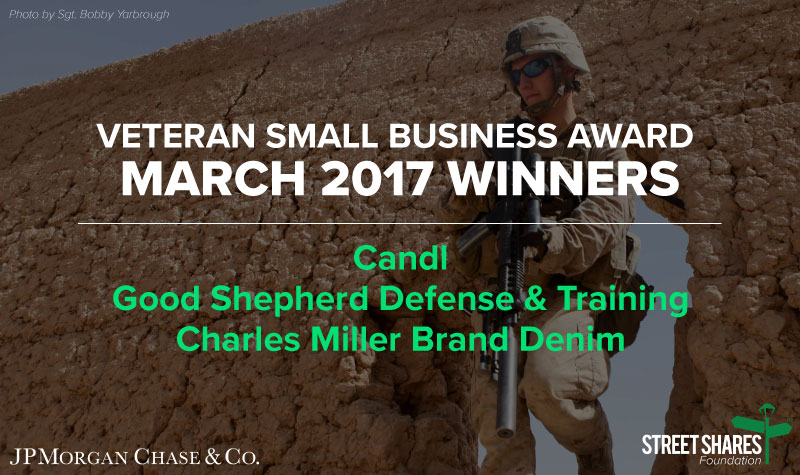 The March 2017 Veteran Small Business Award recipients are here! It was a very tight competition. Thank you to all of the finalists for your efforts and remember you can always apply again if you didn’t win this time. The goals of the StreetShares Foundation are to inspire, educate and support veteran business owners. Now, let’s get inspired by three impactful and exceptional veteran-owned businesses.

With 20 years of experience in communications technology, including years of service in the Army and working for private sector firms in the defense industry, Tom Cox, Co-Founder of Candl, has seen first-hand how communications can make a difference in people’s lives, in the way they work and ultimately how they communicate with others arounds the world.

After years of experience developing communications systems based on his experience in satellite control in startup environments as well as large companies, Tom sought a new venture that would allow him to put this expertise to work for humanitarian causes. Tom worked alongside his business partner and 20-year Army peer, Jason Talley, to co-found Candl.

Tom and Jason created Candl to help refugees like Omar Alabbas from Damascus. Omar was a normal millennial working as an advertising executive who was put in prison for 19 days with only three meals the entire time. He had three choices after those 19 days: to join Assad’s regime; join ISIS or flee the country. He traveled, hitchhiked, got kicked off of trains and more, for 2,200 miles in three months and landed in Germany.

Many refugees they talk to say, “Staying connected is more important than food and shelter.”

The mission of Candl is to make connectivity accessible to as many people around the world. They believe it is a fundamental human right. With less than a year in business, Candl is changing the way the world connects. The startup technology company started out building a hardware device that seamlessly provides cellular data or WiFi service in 150 companies, and soon found that their product appeals not just to refugees but also to world and business travelers. Candl is now focused on building a software product with the same concept.

With the original idea of creating a hotspot service for refugees, Tom and Jason found it challenging to get funding from international nonprofits. So, they decided to build a business and donate to refugees. Candl has committed to participate in Pledge 1%, an organization that supports corporate philanthropy. “We will most likely donate much more than 1 percent,” Tom said.

For example, Tom and Jason plan on donating 50 percent of the award funds to a nonprofit called Phone for Credit for Refugees and Displaced People. The $2,500 will give 100 refugees 30 days of talk time to their families back home.

Tom and Jason participated in Patriot Boot Camp last summer and are currently participating in Techstars Boulder, a startup accelerator. They’re in the 9th week and will present on Demo Day on April 19.

Brian Wood served 12 years in the Army including two deployments to Iraq and Afghanistan. After receiving a medically discharge, Brian planned to pursue a career in law enforcement but was not able to because of service-connected disabilities. He was at a loss at what to do professionally.

In 2013, Illinois passed the concealed carry law, allowing licensed individuals to carry firearms in public for self-defense. Proper training is required as part of the license. So in 2014, Brian decided to get his license and to take the class. He was surprised to receive low-quality training with an instructor who was clearly unfamiliar with the subject. Brian wasn’t confident in his instructor and thought that as a trained and recent combat veteran, he could provide superior firearms training for his fellow citizens. 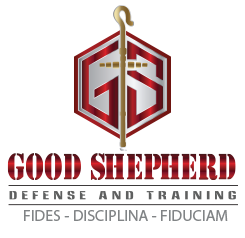 With a service-minded heart and MCO training, Brian knew he had to become a firearms instructor. He went through all of the steps to get properly licensed and started conducting classes in 2015. “I want to give back as much as I possibly can,” Brian said. “I treat every course thinking this is the only firearms and self-defense course my students will take in their lives.”

In the past two years, Good Shepherds Defense and Training have trained nearly 1,000 students including rape, hostage and abuse victims. One of his students who took his training course was recently in a situation where she used the self-defense training to protect herself. She didn’t have a firearm yet. She was chased in a parking lot and used the skills she learned in one of Brian’s self-defense courses to get out of that situation.

“Good Shepherds Defense and Training is not creating killers,” Brian said. “We’re creating shepherds who are mothers, fathers, business people and more. If the wolf ever attacks, these shepherds are prepared.”

Brian also focuses on giving back to the veteran community, with classes planned at Good Shepherd to assist fellow veterans living with PTSD. Brian will use the veteran business funding to invest in the retail side of the facility. In the future, he hopes to obtain a larger space that includes a larger retail space and an indoor shooting range.

Charles Miller began his career in the Army in 2002 and has served with the National Guard since 2007. As a human resource specialist, he manages the ID card offices in all 50 states and U.S. territories. Additionally, Charles is an Equal Opportunity leader who teaches, trains and builds equal opportunity morale in his division. 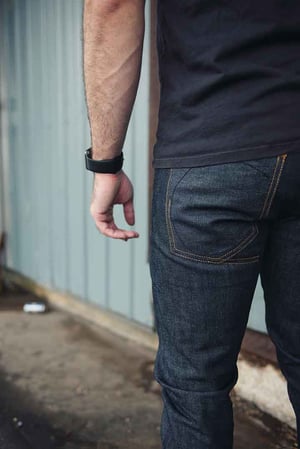 Charles has always had an entrepreneurial mindset. The idea of Charles’ apparel brand first started while in college when he started a t-shirt line. Charles brought back his apparel business on the side, while focusing on his career in the Army. He thought about what he could do after he finishes his career in the military because he understands transition from military to civilian life can be difficult.

Charles is building his community in his home-base, Washington, DC. He’ll participate in the Walk with Locals movement to share with other DC locals and travelers what it’s like to be in the shoes of a founder and designer of a denim brand.

Charles Miller Brand Denim is veteran-owned and made in the USA. Fabric is sourced from North Carolina and jeans are made in Los Angeles. Be on the lookout for new men’s styles and a brand new women’s denim line coming this May.

Veterans continue to make a difference in people’s lives in the United States and overseas. We’re honored to give this award to the three recipients above and look forward to learning about more veteran-owned businesses as our award program continues. If you’re a veteran or military spouse business owner, you can apply for the April award now through March 31st. Just submit a 300-word summary and short video on the Foundation website.