By Shauna Vo Pulayya, Director of Content Marketing on March 2, 2017 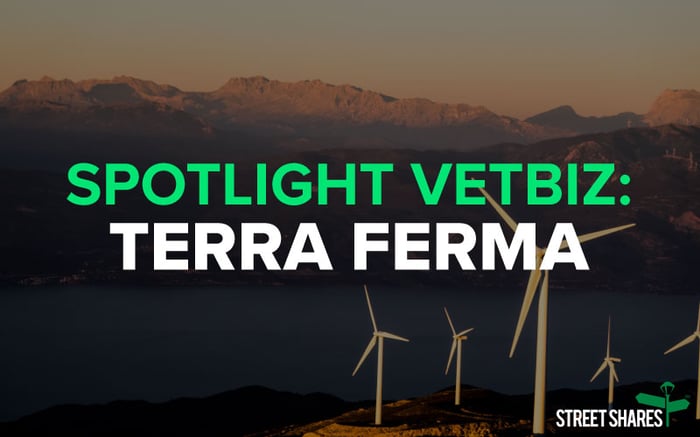 One of our long-time government contracting customers has seen a lot of changes since he won the Commander’s Call Award, now renamed the Veteran Small Business Award, back in 2015. Military service teaches many life lessons, including the value of taking the initiative: when you see a problem, you seek to solve it. Dennis Roark, Army Space Command veteran and President of Terra Ferma, took this approach several times throughout his career and entrepreneurial business ventures. With a broad background in telecommunications, he saw that his customers needed better, cost-effective power systems in place as well. We had the chance to catch up with Dennis and learn about his accomplishments in the energy industry and government contracting space.

SS: Tell us the story of Dennis Roark leading up to Terra Ferma.

Dennis: Terra Ferma started out as a communications integration company, building deployable communications equipment and systems. It all began after the Army, I worked for MCI WorldCom (acquired by Verizon) and built lots of large telecommunication networks around the world. Then, I went on to work at another large communications network company called L3 (now L3 Technologies). There, we listened to our customers who asked us to make things smaller so they could fit products in suitcases and make it easier to work with.

One problem we kept running into was power. No matter where we went, power was a problem and the green energy push was starting to happen. So, once I left my contracting position at L3, I started exploring power systems. I spent a lot of time over the last five to seven years researching practicing, designing, testing and starting over sometimes on solar, wind, fuel cells, battery technologies, etc.

Dennis: We finally, over the last year, got a package together and ramped up three different lines of packages that replace generators. We’ve built skids that have solar power, connected with wind turbines, batteries and controllers. These are all tied together with fuel cell skids that run on propane and natural gas. 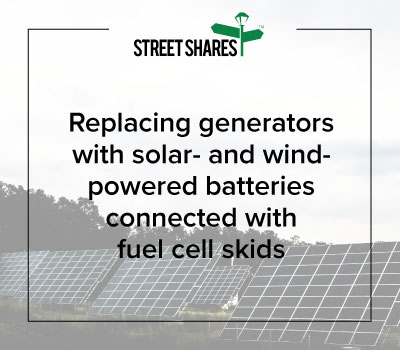 When the sun is shining for us today, it's charging the battery and the telecommunications system is running on the solar and battery combination and everything's happy. It runs on the battery all night and the next day the sun comes up and does it again.

However, when there’s bad weather or the sun’s not shining, you can’t recharge the batteries. We have a hybrid side that brings other power generation technologies like wind. When the sun’s not bright, there may be a breeze or wind from a storm that we can use to charge the batteries. However, some of our government contract customers tell us they can’t solely rely on Mother Nature to power the site. That’s when we bring in backup propane generators or fuel cells. When the sun is not up or the wind is not blowing, the battery will always be backed up and power to the site never goes down.

No, it’s not. Since we’re a Service Disabled Veteran Owned Small Business (SDVOSB) and the government sets aside procurement for SDVOSBs, we thought the government alone would be enough to keep us busy. But the problem with government contracting is that it can take several months to be completed. Once a government contractor bids on a contract, it takes between six to 12 months to win the contract. Then, it takes another three or more months to negotiate and to get contract financing and finally, you get to do the work.

I would say we’re 50 percent government contracts and 50 percent commercial. We’ve been awarded large government contracts and worked with several government agencies such as Special Operations Command (SOCOM) and the Department of Defense (DOD). Our largest customers are the Department of the Interior and the State Department. On the commercial side of the business, we work with oil, gas and mining companies. Thankfully, Colorado was one of the states that saw a boom in the oil and natural gas industries. These oil and gas companies saw quickly the value proposition we were offering – low fuel costs and low maintenance.

SS: What is your top piece of advice you would give to veteran small businesses seeking to break into the government contracting space?

It’s all about building relationships. Once you start getting in some of these organizations and some of these meetings, people will trust you more and will start asking you to bid on their contracts.

SS: What has your experience been when financing your government contracts?

Dennis: In the past, when we won a contract, we’d usually have to negotiate with the contracts officer to get a down payment. Sometimes, they would give us 20 to 30 percent down, which is very helpful. You can imagine, one of these skids costs $20,000. I’m buying $10,000 to $15,000 worth of hardware upfront. Then we have to build it and pay employees and then ship it to them. Once the government has received and accepted it, they pay me 30 days later.

You can do the math. I’m getting paid almost 70 days later, which isn’t that helpful. I made good friends with American Express and Visa credit cards because sadly, I’d have to go and use credit cards for a lot of these purchases – even with the 20 percent down payments. As Terra Ferma started growing, we had projects on top of other projects. Then, there’s nothing left on the credit card.

When we found out about StreetShares, it was the perfect marriage, so to speak. We tried the traditional bank route, but for bank loans you have to use your mortgage or kids’ tuition fund as collateral to secure the loans. However, StreetShares works with specific contracts, which makes it much easier. StreetShares is able to advance the funds on the contact invoices which allows us to get the money up front in order to do the project. Everything was done properly.

Without StreetShares’ support, we wouldn't have been able to bid on any of those contracts because I don't live in a million dollar house to put up for collateral.

Got a Contract Award? Get Mobilization Funding Quickly

Not Ready for Financing Yet?

We've created an ebook to help you every step of the way. With our partners, FedBid, GovTribe and WinBiz Proposals, this ebook will take you through writing a proposal, bidding, managing your pipeline and with government contract financing. Best of all, it's free. Download it now. 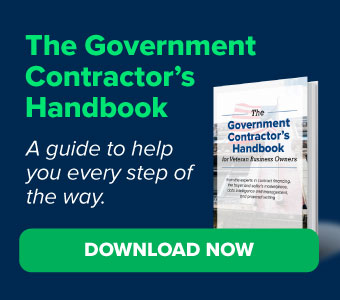