Rosie the Riveter, A Trailblazer for Women's Rise in the Workplace
| StreetShares Blog

Everyone is familiar with the image of Rosie the Riveter - a fierce-looking brunette woman, hair back in a red bandana, rolling up a sleeve over her flexed bicep under a text bubble that reads matter-of-factly "We Can Do It!" Coming out of World War II, Rosie's image was synonymous with the women in the workplace who stepped up to work in factories and mills when their husbands, brothers, and fathers went off to fight for freedom. Rosie's power and inspiration didn't stop when the war was over, though - the effect that this iconic character has had on women, the workforce, and the world is as strong today as it ever was.

Prior to WWII, it was virtually unheard of for women to serve in the military or work in the production of military-based equipment or materials. In fact, the mere notion of a woman working outside the home in any capacity (aside from domestic work) was considered an oddity. But then came World War II, and America found its workforce leaving their jobs to go fight overseas. The wives, daughters, and mothers they left behind stepped up to take their place. 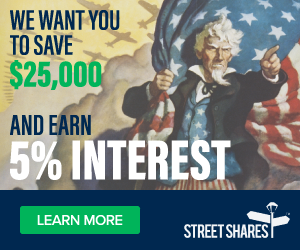 By 1945, nearly one out of every four married women worked outside the home. In addition, WACs (Women’s Army Corps) and WAVES (the Navy’s Women Accepted for Volunteer Emergency Service) were launched, both with full military status. At the end of the war, there were more than 100,000 WACs and 6,000 female officers.

Read next: 5 Pieces of Entrepreneurial Advice from Fearless Females

The Birth of Rosie

This powerful chapter in history needed a face - and thus, the image of Rosie the Riveter was born. In 1942, Pennsylvanian artist J. Howard Miller was hired to create a poster aimed at recruiting female workers for Westinghouse Electric Corp. Many women, real and fictional, inspired Miller's conception of Rosie the Riveter, including a real-life munitions worker. Rosie's iconic phrase- “We Can Do It!”- quickly became synonymous with the many working women who kept America going when the men left for war.

Rosie's star continued to rise, and in 1943, The Saturday Evening Post published a cover image of Rosie created by the beloved artist Norman Rockwell. The cover depicted Rosie with an American flag in the background behind her, and a copy of Adolf Hitler’s book Mein Kampf firmly placed under her feet.

Miller's original poster still holds the proud position as one of the most triumphant recruitment tools in American history - and certainly the most classic image of working women in the WWII era.

The period of Rosie the Riveter and the influx of women into traditionally male-held sectors of the workforce helped expand many people’s perception of what women could and should do. Today, women no longer have to choose between career and the responsibilities of being a wife and mother. Today's generation, these modern day Rosie the Riveters, can- and do- have it all.

The WWII era paved the way for women to take ownership of their lives and careers, be more outspoken without fear of retaliation, and achieve success in many fields that were once dominated by men. To this day, the rallying cry of “We Can Do It!” continues to inspire generation after generation of proud, strong women.

Want to learn more about owning a business as a woman in the military community? We’ve put together a guide for military spouse business owners to help them navigate the terrain of building a business as not only a woman, but a special group of women who go through similar obstacles throughout life, personally and professionally. “The Ultimate Guide for Women-owned Businesses in the Military Community,” was developed with our partners, Her Corner and DropZone for Veterans, an online directory of high-impact veteran and military community benefits. Our most recent guide presents dozens of resources and steps to get started with a small business and how to grow, all in one place. Download it now.