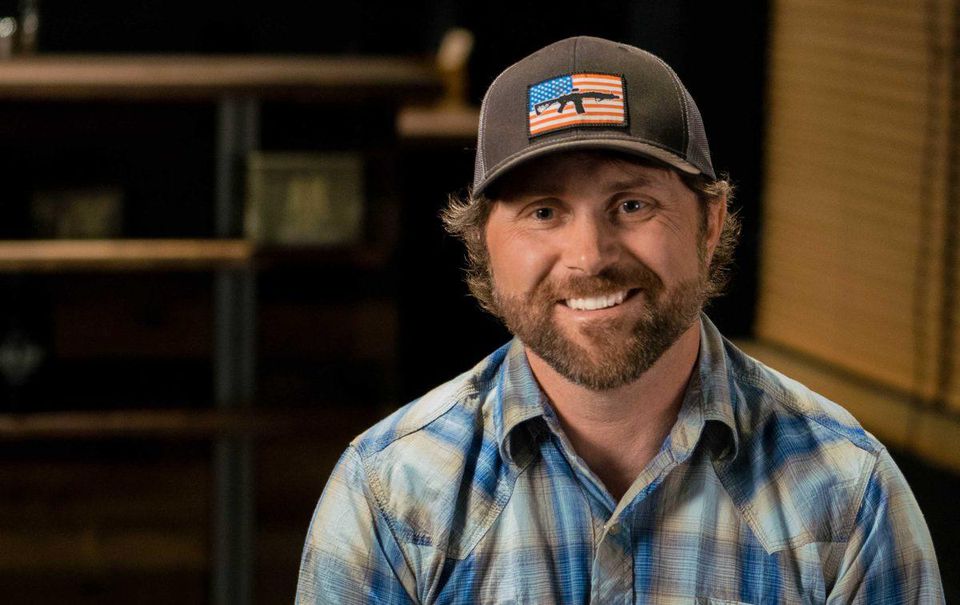 This article originally appeared on Forbes.com on April 5, 2018. See the original publication here.

The best entrepreneurs are like a good cup of coffee: fresh, strong, and bold.

It’s a great tagline. You know what else? It's an incredible business. The company roasts over a million pounds of coffee per year and grosses over $30 million annually. This isn’t a veteran with a hobby; this is a savvy businessman with a passion.

Here's my 60 second interview with Evan, filmed recently at the White House.

As the CEO of StreetShares, my team and I fund America’s best veteran-owned businesses with veteran business loans and contract or invoice financing. The questions we get asked over and over again are how to break away from the crowd; how to stand out as an entrepreneur. Here's how: 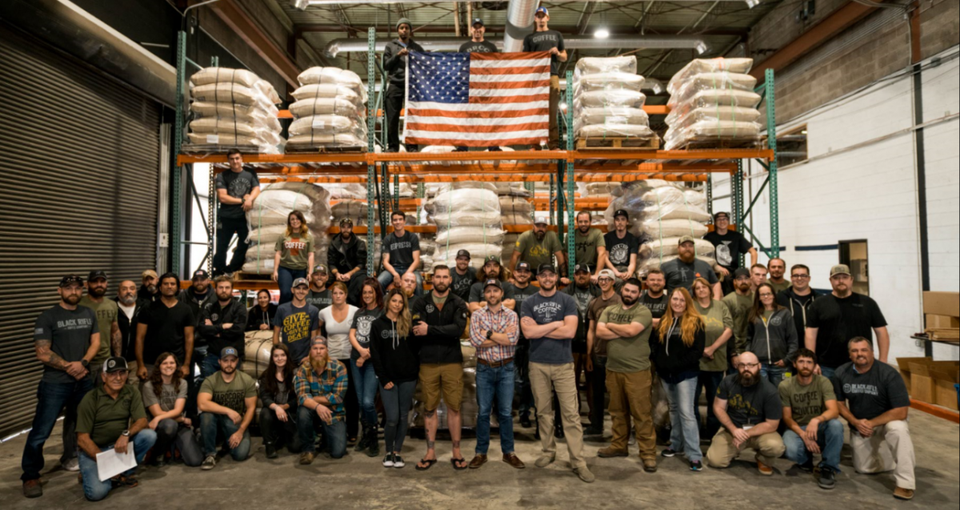 “I fell in love with coffee 20 years ago,” Hafer told me. “I was the only guy who invaded Iraq with a bunch of boutique, small-roasted coffees.” Eventually, he began roasting for his fellow soldiers; they even converted a gun truck into a spot where they could grind coffee every morning.

To be a successful entrepreneur, the first thing you need to do is hone in on your passion. What’s going to make you want to get out of bed every day and hit the pavement until you can’t work anymore? If you’re not passionate about your business, why would anyone else be? Find out what drives you, then figure out how to make money doing it.

Hafer told me, “When I got back from the Middle East, all I wanted to do was roast.” That’s exactly what he did. 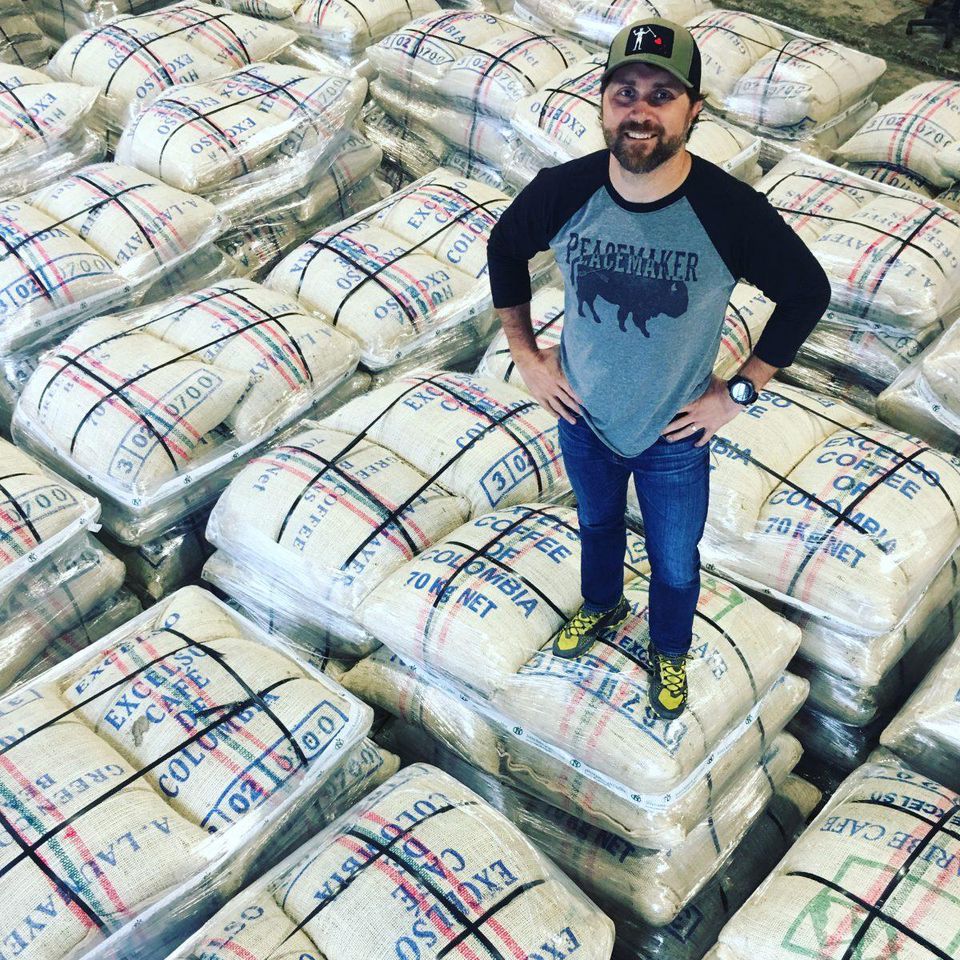 Lesson 2: Be clear in your vision.

Hafer knew his passion had potential. He teamed up with some friends at Article15 Clothing and did a test-drive of his Freedom Roast coffee on their site. They sold about 500 pounds of coffee, and it inspired him to launch Black Rifle Coffee in December 2014. “Conceptually, guns and coffee go together very well,” he said. “Every range that I’ve been to, coffee has been part of shooting.” He knew what he wanted to create: A lifestyle brand centered on supporting the 2ndAmendment in conjunction with great coffee. “You’re not going to find that anywhere else,” Hafer added.

Hafer’s time in the Army served him well in transitioning to life as an entrepreneur. “In the military, you have to push yourself past mental and physical limits, every day to the point where you’re almost desensitized to the work,” he explained. “Now I feel like I have an endless capacity to just always work. The military gave me the context to reach into basically a bottomless well of endurance.

One of the most important assets veteran entrepreneurs bring to the table that their civilian counterparts don’t always have is perspective. “While serving, you’ve been in the worst places,” Hafer offered. “The worst business you are put in will never compare to the worst experience that war puts you in.”

That realization is ultimately what encourages Hafer to be fearless. He explained, “I’m not going to lose my life or kill anyone. That allows me to fail and fail fast, so I can learn from my mistakes. At the end of the day, I don’t care. It doesn’t harm my ego – I just embrace the failure and move on.”

Any entrepreneur will tell you that failure is a part of the game. How you handle risk and incorporate it into your business model will dictate whether or not you’ll be successful. 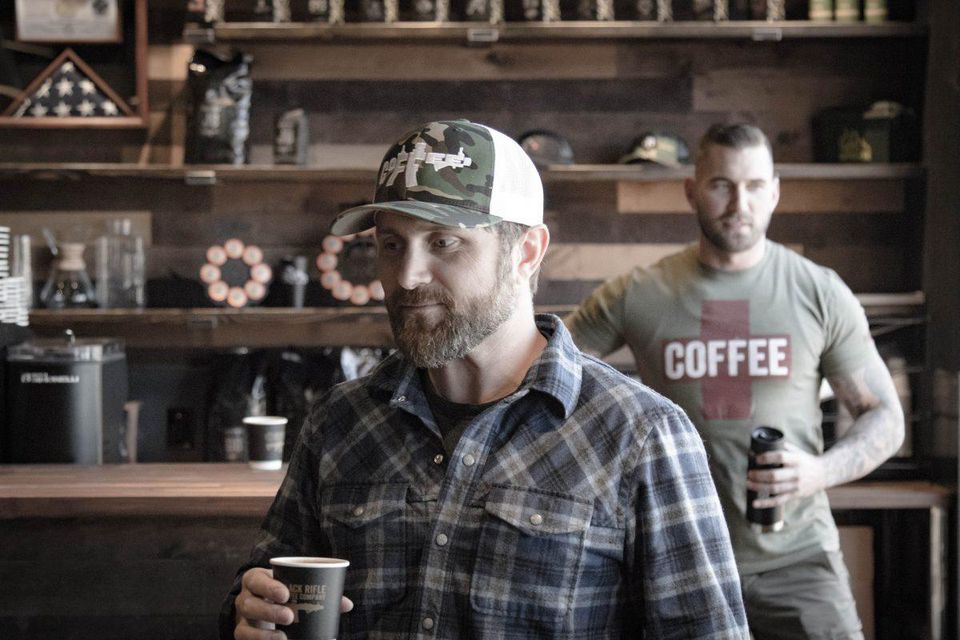 Evan and Mat Best in the shop. (EVAN HAFER)

Hafer always wanted to roast coffee. Now, he wants to make other people a lot of money doing it. “I’d rather make 100 people millionaires than make $100 million dollars myself,” Hafer shared. “This company is a good opportunity to make money.”

One of Hafer’s first hires was a soldier who served alongside him in Afghanistan. With 86 employees, 60 percent are veterans . That was a big part of Hafer’s vision. “It’s not PR – it’s who we are,” Hafer said. “This company is about freedom. It’s not about social issues. The premise of the company is, ‘You do you.’”

Next time you go to order a latte, think about the lessons you can learn from Evan Hafer. Then order your coffee like a good entrepreneur: fresh, strong, and bold.