By Shauna Vo Pulayya, Director of Content Marketing on June 26, 2017

The United States of America will turn 241 years old next week on the Fourth of July. Since its birth, millions have served in the military. As of 2014, there are 21.8 million veterans in the armed forces, according to the U.S. Census Bureau. Even more, veterans account for 9 percent of small business in the U.S., according to the SBA.

Learn more about each hero below, at highlightingourheroes.com and on iHeart Radio’s BIG 100 local Washington, DC radio station or stream online at 5:00pm eastern every week day. Inspired by these stories and want to help veteran businesses? You can start by investing in them by opening a Veteran Business Bonds* account and earn 5% interest.

Richard Sanders is a StreetShares Foundation Award winner, Army veteran and current Reserve detachment sergeant. Rich enlisted at 17 years old and rose through the ranks in his four years on active duty. He now owns SHplates, a company that produces rucksack fitness metal plates as well as customized steel wall art with his patented process. SHplates provides gifts for anyone and for any occasion, and proceeds benefit fantastic charities. Rich won second place in the StreetShares Foundation’s Veteran Small Business Award. With the funds, he’s helping charities that pair at-risk youth with veterans in entrepreneurship.

Josh Elledge is a StreetShares Member and U.S. Navy veteran and the founder of both SavingsAngel.com and upendPR.com. Both bear the prestigious seal of being a U.S. Military Veteran-Owned Business and Josh was honored as one of only 25 military entrepreneurs to be Special Delegates to the Inc. 5000 Conference & GrowCo in 2017.

With SavingsAngel.com, Josh is one of the nation’s leading experts on consumer savings and is a weekly syndicated newspaper columnist – reaching more than 1.1 million readers. He also regularly appears on more than 75 TV stations across the country – having appeared on TV or radio more than 1500 times.

Josh lives in Orlando, Florida, is the dad of three awesome kids and a self-proclaimed fitness geek.

Jamie McNally, LLP, LLPC was a StreetShares Foundation Award Finalist and is an Air Force veteran. Throughout twelve years of service, that resulted in a service-connected disability and medical discharge, and despite significant trauma and loss, Jamie’s commitment to serving others only became more solidified which in turn led to the acquisition of her Master of Arts in Counseling Psychology. Jamie became Clinic Manager of a therapy clinic where she blended her years of leadership and management experience with newfound clinical skills to serve hundreds of clients and train more than 75 mental health professionals.

Currently, Jamie is pursuing her Ph.D. in Counselor Education and Supervision to further contribute to improving the mental health field. Additionally, she is the CEO and Founder of Sycamore Counseling Services, a group practice that provides counseling services to individuals, couples, families, groups and much-needed care to veterans and first responders. She remains actively involved in her community, has completed a Citizen's Police Academy, has various certifications in the areas of couples’ work, CBT, DBT, and trauma, and volunteers her time for the advancement of mental health care.

Sean Drake is StreetShares investor and an Army Veteran and the Founder of Stony Lonesome Group, a boutique merchant bank and venture capital firm with the mission to create value for investors while making a difference in National Security and Veteran Care.

Stony Lonesome Group is committed to investing in entrepreneurs who are military Veterans and has invested in more than 20 Veteran-led start-ups, including being an early investor in StreetShares. SLG is currently investing out of Fund II (Military Medicine, Healthcare, & Veteran Care focus) and Fund III (Cybersecurity & Big Data focus).

Sean is a West Point graduate and served as an Infantry Platoon Leader and Executive Officer before leaving the Army as a Captain. While serving, Sean also represented the Army as a member of the Ironman World Championship Team. He resides in Wilton, Connecticut and is involved in his children’s youth lacrosse programs. 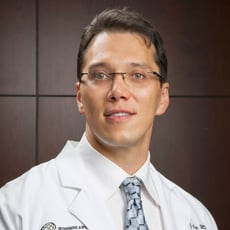 Dr. Steven J. Cyr is a StreetShares Foundation Award Finalist and was a graduate of the University of Texas School of Medicine at San Antonio and served for six years in the Air Force. He served as the Chief of Air Force Spine Surgery, Spine Surgery Consultant to the Surgeon General of the Air Force and had two tours in Balad, Iraq. He also served as Assistant Professor of Surgery for the Uniformed Services University for the Health Sciences and trained the Orthopedic residents while at Wilford Hall.

After leaving the military, Dr. Cyr began a full-time private practice at “The Orthopaedic & Spine Institute.” Dr. Cyr is the President and Chief Medical Officer of the Institute.

Dr. Cyr helped kids with orthopedic injuries to easily understand the challenges they may face. This stimulated his creation of the OsteoCorps, a team of superheroes whose powers and storylines focus on teaching children and adults about the musculoskeletal system. He has published two hard copy comic book issues and a digital, interactive version on Amazon and Google Play. He's also highly involved in the community and appears on TV, at local events and has founded The OsteoCorps Foundation.

StreetShares has developed a way for everyone to support veteran-owned businesses like the ones above. Through the Veteran Business Bonds 5% fixed interest investment bond, anyone can start depositing funds that go to work directly funding veteran-owned businesses through our business loans, lines of credit and government contract financing. For a limited time, we’ll give you up to $1,000 on your investment. Click here to learn more.