By Shauna Vo Pulayya, Director of Content Marketing on May 22, 2017 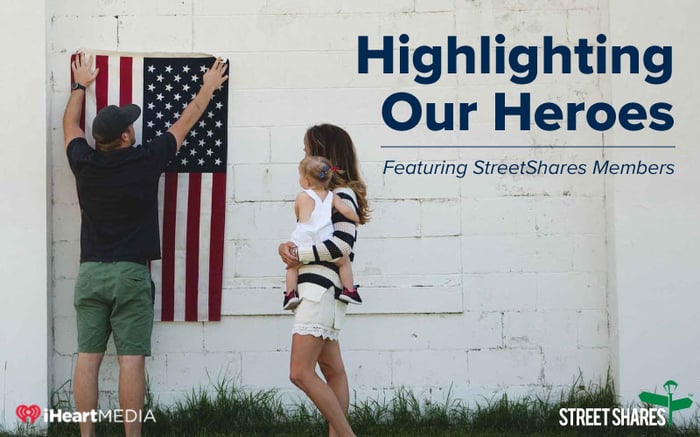 During Armed Forces Day, we honor everyone serving in all branches of the United States military. President Harry S. Truman led the effort to establish this holiday and in 1961, John F. Kennedy declared Armed Forces Day a national holiday that is celebrated on the third Saturday of May.

“Our Servicemen and women are serving throughout the world as guardians of peace–many of them away from their homes, their friends and their families. They are visible evidence of our determination to meet any threat to the peace with measured strength and high resolve. They are also evidence of a harsh but inescapable truth–that the survival of freedom requires great cost and commitment, and great personal sacrifice.”

With Memorial Day approaching, we continue to ‘Highlight Our Heroes’ and StreetShares members, veteran business owners and investors with iHeart Media as we feature veterans from each military branch. Tune in to BIG 100 in the Washington, DC metro region each day this week a 5:00pm Eastern or stream online at iheartmedia.com to hear their stories.

Subscribe to the StreetShares blog to be the first to know who is featured each week at highlightingourheroes.com. 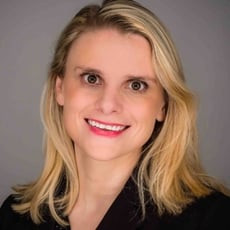 Stephanie Vaughan, Director of Development at StreetShares and Marine Corps Veteran, was born in Arlington, Virginia and comes from a family with a long lineage of Military service dating back to the Revolutionary war. She decided to attend the U.S. Naval Academy after her family friends at Sandler O'Neill were decimated in the September 11th attacks. She served in the Global War on Terror as a communications officer on the 31st Marine Expeditionary Unit in the South Pacific, a Generals aide in the Pentagon and in force protection in Afghanistan. Stephanie is also a Columbia Business School graduate and currently a proud member of the StreetShares veteran-run team. 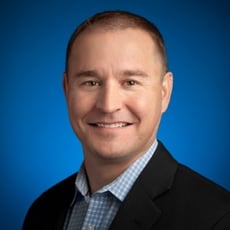 Neal E. “Rudy” Rickner is a tech executive who specializes in advancing new ventures through early-stage growth.  He has led multiple teams at Google including Helpouts, a live-video learning startup within Google Inc., and is currently the Head of Strategy and Operations at Makani, a next-generation wind-turbine project within Google[x]. Neal served 12 years on active duty with the U.S. Marine Corps as an F/A-18 pilot and forward air controller. He completed three tours in Iraq between 2003 and 2007, earning the Bronze Star with “Valor” device, and (13) Air Medals. He transitioned from active duty in 2009, earning dual masters degrees (business and international affairs) from Columbia University. Rudy is a Tillman Scholar, volunteers as a Big Brother with Big Brothers Big Sisters of America, is on the Advisory board for the International Refugee Assistance Project (IRAP), and is a member of the Truman National Security Project’s Defense Council. 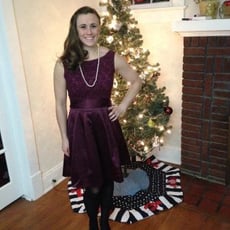 Sarah Luehrs is a Navy Veteran who graduated from the U.S. Naval Academy in 2007. She served on the USS O’Kane and as a Nuclear Surface Warfare Officer on the historic USS Enterprise. She went on to earn her MBA from William and Mary and a subsequent graduate certificate in Maritime Ports and Logistics Management from Old Dominion University while raising a young child and supporting her husband’s military career as a Navy Physician. 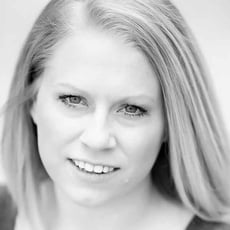 Suzie Mills is an Air Force Reserve Veteran who served in Afghanistan in 2007. Five years after her deployment she founded Honest Soul Yoga, a premier Yoga Studio and Teacher Training Center in Alexandria, VA. The studio quickly grew to a 5,000 square foot facility in less than three years. This space allowed Suzie to expand her training programs and add flexibility, making it easier for military members and spouses to train and find job opportunities worldwide as yoga teachers. Her company also provides free weekly yoga for military and their spouses at the USO of Metropolitan Washington – Baltimore on Ft. Belvoir. 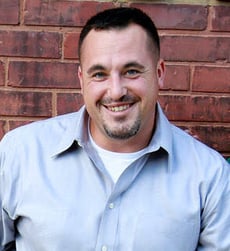 Sgt. Jeremiah Davies served as an infantry machine gunner with the 3rd marine regiment at MCB Kanehoe (1/3 and 2/3) from 1997 through 2001 and went on to become a machine gun and infantry instructor at The Basic School in MCB Quantico. While stationed in Quantico, Jeremiah was introduced to entrepreneurship and sales. In 2004 he left active duty service and began his career in the home improvement industry with Northern Virginia Roofing Company as a sales representative. After the housing crash and economic downturn began to cripple the economy and leave many unemployed, Jeremiah founded Orion Home Improvements in November of 2007 in order to bring the core values acquired in the Marines together with real job opportunities in his new industry and become a part of the job and economic solution. Today he continues as the President of Orion Home Improvements and the success of his vision and thousands of satisfied customers have allowed his team to give away free roofs to needy families every year and strengthen the communities we serve.

Help us honor these heroes each week. Be the first to know who will be featured by subscribing to our blog. StreetShares provides veteran business funding such as small business loans, lines of credit and government contract financing.