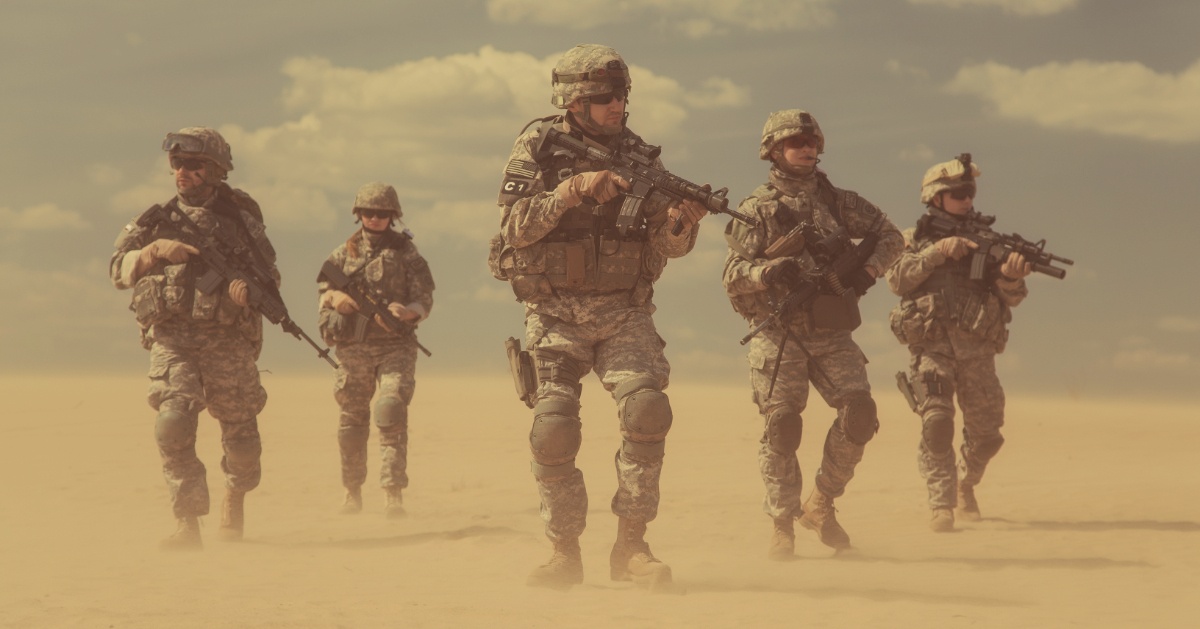 This article originally appeared on Forbes.com on December 21, 2017. See the original publication here.

Hang out with entrepreneurs long enough and you notice patterns.

At StreetShares, we fund thousands of veteran-owned small businesses. I’ve noticed many successful veteran-owned small businesses are run by veterans from elite special operations units. These elite units include the Navy SEALs, Army Special Forces (“Green Berets”), Marine Corps’ MARSOC (formerly “Force Recon”), Army Rangers, and others. Units like this are selective and tough. The warriors in these units are highly trained and, as a result, they are given liberties and discretion that other military units do not have.

Special operations forces are the entrepreneurs within the military.

One such Special Operations warrior-turned-entrepreneur is Derek Sisson. Derek is the founder and CEO of Famous Brands and a former Force Recon Marine. Derek is a born entrepreneur. Famous Brands is Derek’s fourth company. Famous Brands’ flagship product is Merica Bourbon, a bourbon “from military veterans who wanted to share the great taste of bourbon and freedom.”

At Merica Bourbon, Derek’s strategy is to provide an award-winning bourbon product that “even a Private in the military can afford,” Derek told me. Derek has nailed the quality: Merica Bourbon won a silver medal at the Whiskies of the World Awards in 2017. That’s a big deal. Yet, true to his roots, Derek aims to also keep his bourbon affordable. But achieving high quality at an affordable price is a challenging task.

To win, Derek needs an edge. His edge is to apply three special military tactics to business ownership – tactics he learned from his time in Marine Force Recon.

Read next: Why The Military Is The Best Entrepreneurship Training Program In America

A key element of special operations is conducting reconnaissance.

Reconnaissance is the process of careful observation of the enemy or terrain to inform military decision-making. As a Force Recon Marine, Derek used “SALUTE Reports” as a reconnaissance tool. SALUTE is an acronym for the elements the reconnaissance team is to observe (the Size, Activity, Location, Unit, Terrain, and Equipment of the enemy). This structured reporting tool provides focus for the team conducting reconnaissance. SALUTE Reports operate as a checklist to ensure the military team does not miss any critical element of enemy activity. Finally, a SALUTE report provides an organized framework for communicating the team’s observations back to headquarters.

Size: what are a competitor’s financial strengths and weaknesses, production and distribution capacities, and market share?

Location: where are competitors distributing or retailing their product, enjoying market share, or failing to penetrate; where are they not?

Unit: what unique facilities, personnel, or brand features does the competitor have?

To compete in the competitive spirits market, Derek needs to know his competitors inside and out. His competitor analysis is structured, disciplined, and thorough thanks to the SALUTE Report model.

See also: How This Veteran Entrepreneur Brewed $30 Million From Coffee And Passion

Tactic #2. Silence is Golden: To Communicate Well, Learn to Listen

Derek knows the importance of communication better than anyone. During a training exercise north of the Arctic Circle in Norway, Derek and his team found themselves disoriented and on foot. They immediately understood one key truth: communication was everything. If they lost communication with the rest of their unit, they would be in real trouble. Derek was a radio operator, so he went to work finding a solution. Despite the cold and harsh conditions, he built a makeshift antenna and got the team reconnected with their unit. Derek knows communication is vital.

But Derek’s time in the military gave him a more subtle take on communications. Derek operated as a member of a 4-person team. Often, the team employed silence for days on end, communicating only by hand signals. No words were spoken. Instead the team relied on silence and observing each other. Derek learned that words can interfere with communication. “In special operations, you are taught to be an observer. You are taught to be silent. The best way to communicate sometimes is to focus not on words, but on observations and listening,” Derek said.

Derek applies this “silence is golden” philosophy to business. “I attend meeting with buyers from retail chains. I see so many sellers try to sell, sell, sell,” said Derek. “The problem is, they don’t listen. Selling is not communication. Listening is communication.”

Derek takes a different approach. He focuses on listening first to the buyer. “I’ll very quickly share the key features of the product, and then I shut up and listen to the buyer and repeat what the buyer says,” Derek told me. So often, buyers give a hint as to what they care most about. Some buyers care most about pricing, or quantity, or delivery timeframe, or minimizing uncertainty. Subtle cues about the buyer’s needs are provided by the buyer, but most salespeople miss them because they are too busy talking. Cues are missed because the salesperson is not listening to the buyer. Derek’s tactic: short pitch, then listen, then repeat the buyer’s concerns. He finds this to be far more effective.

Tactic #3. Force for Disruption: Work In Small and Elite Teams

After leaving the military, Derek went immediately into business ownership. “I just wasn’t born to punch a clock. I can’t do it,” Derek says.

His first company was an adventure eco-tourism company in Puerto Rico. It was a logical first step after Special Operations. “I didn’t have a lot of business training at that point. But I could hike and was used to the outdoors,” Derek says. He started a business guiding tourist in caverning, hiking, and kayaking adventures. He operated in a small team. And, after five years of operations, Derek sold his share of the company to his partner and returned to the U.S. mainland. The tour company is still operational today. Derek succeeded because of his team.

Derek’s second company was a wine import company, Bella Vita. “I loved wine, but it’s very hard to make a living in wine,” Derek admitted. Bella Vita operated from 2008 until 2016 and overlapped with Derek’s third company, Texas Top Shelf Distributors. Derek got his liquor distributor’s license. He worked with other veteran liquor companies, such as Leadslinger’s whiskey, founded by a group of seven combat veterans with Special Operations backgrounds, including millennial veteran YouTube icon Mat Best (U.S. Army Ranger) and Evan Hafer (founder of Black Rifle Coffee and a former Army Green Beret). Again, Derek observed that success was based on a small and elite team.

Derek then started Famous Brands, makers of Merica Bourbon. Derek believed that tight, small teams were the key to success. “Being Force Recon was like being an entrepreneur within the military,” Derek said. The common thread between Force Recon and entrepreneurship: a small and elite team. Derek knew that working in small and elite teams is how both entrepreneurs and Marine Force Recon units operate creatively. Derek needed the right team to make Merica Bourbon work. so Derek looked to well-known military veteran lifestyle brand creator, Daniel Alarik. Daniel built a $100 million military lifestyle brand—Grunt Style –from scratch. Derek was a serial entrepreneur and had numerous hard-earned lessons. And Danial had the Grunt Style brand recognition and distribution experience.

In a sense, Derek and Daniel are the veteran entrepreneur “dream team.” The complement each other well. They have different skill sets. And they are both highly experienced.

They are now positioned to bring both lifestyle clothing and now a lifestyle drink – Merica Bourbon—to America’s warrior class.

Read next: "I Want To Show The World That Entrepreneurs Like Me Can Exist"

Business is tough. Business is war. And we all need an edge. The three tactics above have worked for Derek Sisson. Applying the tactics employed by elite military units to business can be your edge, too.

0 Comment
Previous Post: Tips for Transitioning From the Military to the Civilian Workforce
Next Post: Defense Spending is Back: What the National Defense Authorization Act Means For You