By Shauna Vo Pulayya, Director of Content Marketing on November 16, 2016

When you’re ready to finance your business, there are several ways to approach it. In our “Ultimate Guide for Veteran-owned Small Businesses,” we outline the three main types of small business financing:  self-financing, equity, and debt financing — with debt financing being the route many companies take once they’re an established business with some revenue under their belt.

The Patriot Express Loan was a very popular SBA program that funded $633 million in SBA-guaranteed loans. Veteran small business owners could get large loans at a very low interest rate, with low fees. Unfortunately, it expired in 2013.

Fortunately, there are other programs that exist to help veteran small business owners get the funding they need. The SBA has since released a similar loan, and StreetShares has created it’s own veteran funding program — the Patriot Express® Line of Credit (not associated with the SBA).

By Shauna Vo Pulayya, Director of Content Marketing on November 1, 2016 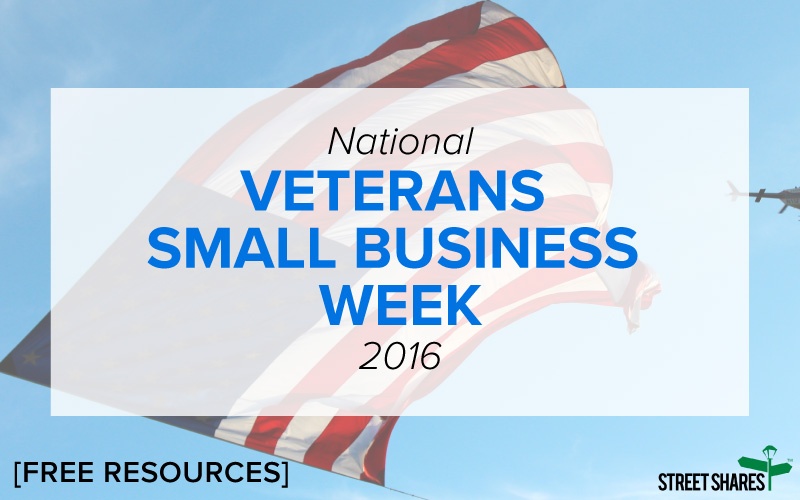 It’s National Veterans Small Business Week this week and we’re celebrating with the U.S. Small Business Administration (SBA) and every veteran who owns a business. Veteran small businesses make up approximately 2.4 million U.S. businesses or 9 percent of all American firms, according to the SBA.

These businesses have not just started, but most of them have been very successful. The military teaches valuable lessons that translate over to entrepreneurship. Mark Rockefeller, CEO and Co-Founder of StreetShares said there are three main skills that make veterans great entrepreneurs.

“Veterans are good at planning, taking a complicated task and breaking it down into smaller pieces and they’re great at multitasking,” he said in StreetShares’ Facebook Live event yesterday. In the military, you’ve got your primary job and then must accomplish many other tasks while doing well at your main job.

In honor and to help veterans on their entrepreneurship journey, StreetShares is dedicated to providing resources to enhance their ventures. As a veteran-owned and operated business that’s helping small businesses with their financing needs, we understand what it takes to be successful. One of our main resources is “The Ultimate Guide for Veteran-owned Small Businesses.” There are a ton of great resources available for veterans, but this guide puts everything in one place. You’ll learn:

By Shauna Vo Pulayya, Director of Content Marketing on October 27, 2016 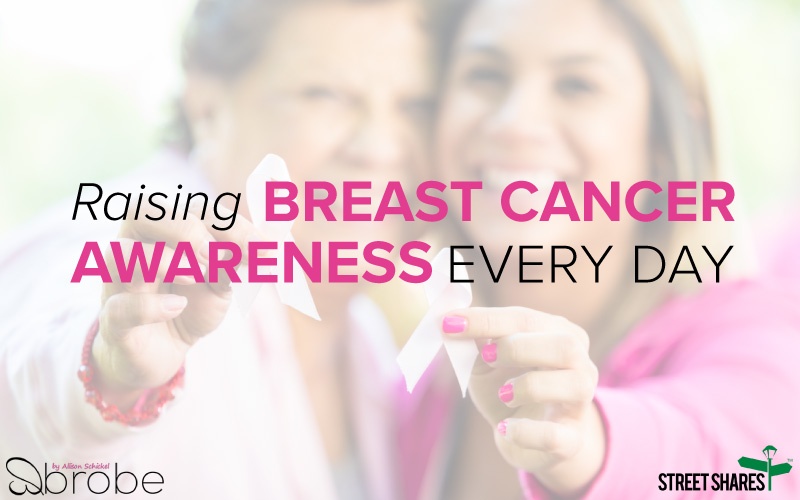 October is Breast Cancer Awareness Month. The whole month is dedicated to raising awareness to a disease that affects about 12 percent of women in the United States. About 1 in 8 American women will develop invasive breast cancer over the course of her lifetime, according to breastcancer.org.

Many organizations participate in creating awareness in different ways. Susan G. Komen has affiliate local offices across the country and has several events throughout the month including the Susan G. Komen Race for the Cure®. Nationalbreastcancer.org always takes donations to help provide mammograms for women in need.

One StreetShares business borrower works every day to bring awareness to breast cancer. Brobe International creates stylish and functional recovery robes for women who have just undergone mastectomy, breast reconstruction or augmentation. “After much market research and seeing the need for such a special product that would help women feel more confident, comfortable and feminine, I knew I had to create this product,” said Allison Schickel, Founder and CEO of Brobe International.

By Shauna Vo Pulayya, Director of Content Marketing on October 21, 2016

Transitioning from the military to civilian life can be a challenge for a lot of veterans. Fighting in wars, accomplishing life-risking missions and serving your country in a big way is a not an experience to take lightly. But how does a veteran continue to make this type of impact on his/her country and continue to use the skills they’ve built stateside? It might not be the same type of experience, but translating these skills and experiences from the military into owning a business such as a franchise could be a good option for many veterans. Like the military, franchises are stable businesses with support. Here are several reasons why owning a franchise is a good business model for former members of the military.

The Military has created and built numerous systems for each branch to operate smoothly. When joining the military, everyone has to go through basic training. It doesn’t matter what level you’re entering the military or which branch. This is a required step to success in the military. Similarly, most franchises have specific training in place for its franchisees. They provide the support from the corporate offices and give you a ready-made, proven business plan. Their goal is create more locations to expand their business so they’re striving to help franchisees be successful, too. As Willie Smith, franchisee of Juice It Up and retired Marine said, “Being in the military, I like systems. I didn’t want to reinvent the wheel.”

Serving Our Country through a Community, Opening a Franchise
| StreetShares Blog

By Shauna Vo Pulayya, Director of Content Marketing on October 7, 2016 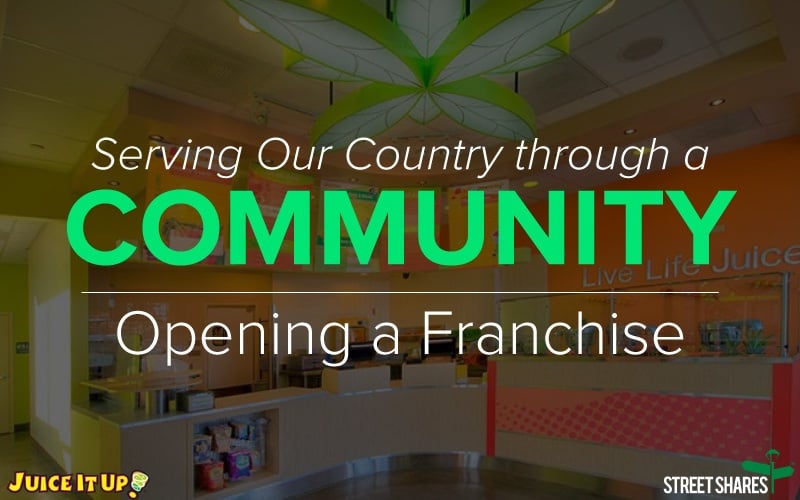 When serving in uniform, you focus on accomplishing the mission. Your work and everything you do is aimed at serving the country, at home and overseas. While carrying out the mission you're learning skills and building experiences that will be valuable later, but when you transition out of the military it can be hard to translate those into a civilian resume. How do warfighting skills apply to running a business? For many, opening a franchise is a good answer.

A franchise is a business in which the owner, or "franchisors," sell the rights of the company to allow third party operators, or "franchisees," to use their name, logo and business model to open another location. Common franchises include companies such as McDonald's or Subway.

Here’s the story of a Marine Corps veteran who served for 27 years and wanted to continue serving his country in a different way – through opening a franchise. Willie Smith served most recently as a master sergeant in the Marine Corps. Smith performed several duties such as training and recruiting marines domestically, property management in Okinawa, building warehouses to store combat equipment in Afghanistan, and even accounting and finance while he was stationed in Hawaii.

By Shauna Vo Pulayya, Director of Content Marketing on September 30, 2016 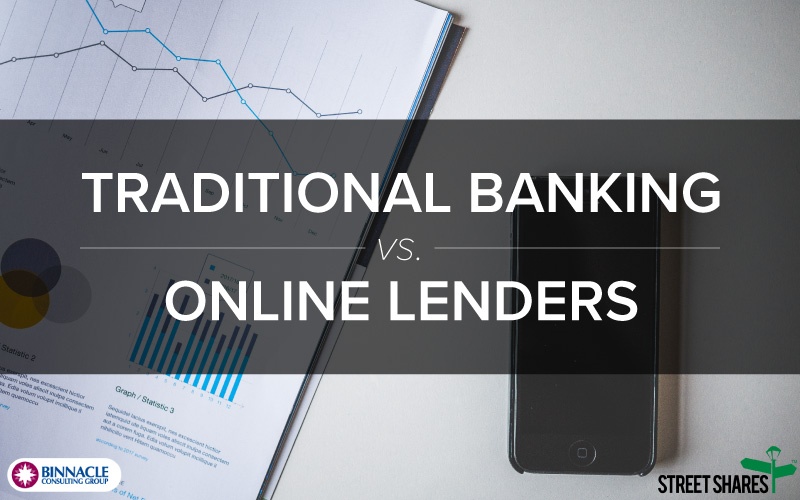 You’re now in the thick of this new venture. Your idea is working and your audience has taken hold of your product or service. You’ve been in business for a year and have made some revenue. But you’re ready to take it to the next level.

Take Your Business to the Next Level

How, you ask? Financing your business can help do just that. But how does a business owner go about choosing the right option? There are a wealth of options out there for newer businesses. Some may ask wealthy family members and friends and others may go the more traditional route by talking to a bank.

Ruben Creus, Managing Partner of Binnacle Consulting Group, tells us how he approached a traditional bank and the outcome. As a young management-consulting firm that has seen success and has had contracts in the pipeline, he explains that it was very difficult dealing with a large financial institution. They wanted to see an older business that has made large amounts of money already. “Traditional banks want to see traditional brick-and-mortar businesses,” Creus said.