In February, StreetShares awarded a $5,000 grant to one of the 32 enrollees in the VetToCEO Core Entrepreneurship program. The grant was given to Bryan Guilloty, a Special Operations Army Veteran. We were excited to catch up with Bryan and learn more about his plans to launch his business, Waking Giant Brewing Company.

Q. When did you decide you wanted to create your own business?
A. I’ve been in the Army for 14 years and I’m on the verge of transitioning out. I’ve spent time reflecting on my time here—what I’ve done and how I got here.

But there comes a time in the military when you’ve done so much that the rest of your career is downhill. I look back and I’m really proud of my accomplishments, but I keep thinking, what would I do now to top that? I don’t see sitting at a desk for the rest of my life doing that for me. I decided I wanted to control my own fate.

I’ve always wanted to open a brewery. I’ve been brewing beer since I was 17. I’ve always been fascinated with the history of beer and wanted to be a part of it. I took a break from it for about eight years, but my wife bought me a brewing kit and rekindled my brewing flame.

In 2011 I injured my neck badly. At that point, the Army put me on the sidelines. I thought, “If I can’t be a soldier anymore, what can I do?” August of that year was when I had the epiphany. I thought, “Yeah, I’ve got to do this—I’ve got to open a brewing company.”

Q. How has the VetToCEO Core Entrepreneurship program equipped you for business ownership?
A. The first thing that stood out to me about the VetToCEO program was this idea of brothers and sisters helping each out. I was impressed with the guest speakers from backgrounds similar to mine. They were normal people talking about how they started their business—all their successes and failures.

As I went through the program, I realized I was motivated, mission-oriented, and resourceful. The Army had taught me skills that were my advantages. Other people might have fancy pieces of paper on the wall, but I have 14 years of experience that I can translate into the business world [tweet this].

For example, I’m in Psychological Operations and my role has been to modify the behaviors of foreign audiences to meet the objectives of battlefield commanders. In order to do that, research is required—what people do, what they want, how they process the media around them. At one point I realized, “Hey, this is a marketing plan.” The same tactics used to get people to report the location of terrorists can be used to get people to buy beer.

Q. What is your business plan for Waking Giant Brewing Company?
A. I did some research and found out there was a hops shortage in the U.S. Some local hops brewers told me they have to order their hops three years in advance due to the shortage, and most hops are imported from New Zealand, Germany, or the U.K. I decided I wanted to build a self-sustaining brewery with my own hops farm to drive down costs.

Q. Where did the name come from?
A. I love America and I’m really proud of my country. A while back, I got on this kick of wanting to bring production back to America by creating new businesses, so I started thinking about a name for one. Two things inspired me:

The second: Before the Prohibition, the U.S. had beer from around the world because immigrants brought their recipes from their home countries. We were a giant in beer production. I want to see America back on top with beer sales across the world. I want us to be a beer force to be reckoned with [tweet this].

Q. What are your next steps?
A. Right now I have 25 hops babies growing in my house. I’m going to take that $5,000 from StreetShares and put it all to work on two acres of land in the upper peninsula of Michigan to create a self-sustainable organic hop farm. I’m going to use that land to prove that my concept works. I’m building a client base with local brewers and home brewers, and then I’m hoping to expand my market by opening a chain of homebrew supply shops. Down the road, I’d like to open up a brewery, producing my own ingredients.

At this point I’ve been at war for 11 years. I want to live a simple and holistic lifestyle and be at peace. This business is not about the money, but about creating a lifestyle for the rest of my life [tweet this]. 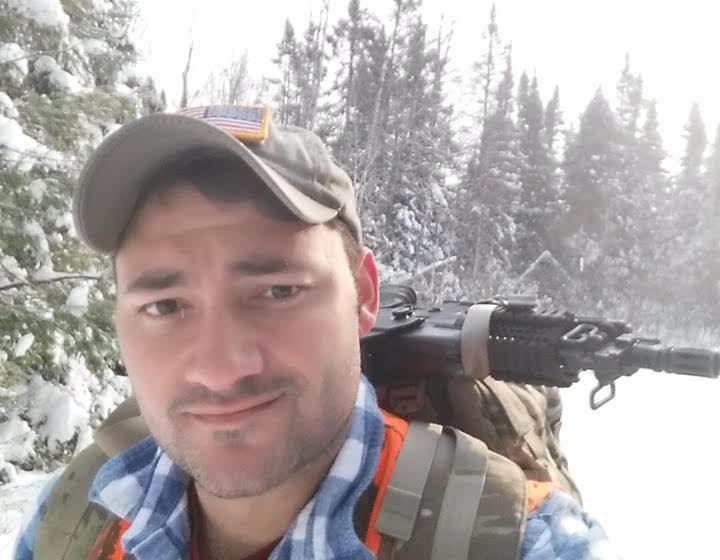